I felt bad. I felt really bad when the guys jumped the cliff... Again. On the other hand I had to think that they get what they ordered. Moving in on enemy territory without working comms and not thinking ahead what to do with local civs if encountered... Aaaarhg... A very no-nonsense movie with dramatic and intensive scenes regarding action and visuality. However as in Battleship with same director (Peter Berg) the plot was kind of shallow. If your date likes Mark Wahlberg or has hots for SEALs go for it...

Movie tells about a group of  soldiers surviving of a failed mission on Afghanistan. Well, the name of movie already revels how many actually survived... The plot is quite straightforward, but on the other hand I think this movie was planned to be action centered movie. There are a lot of action scenes and these action scenes are working well, but overall story is only average and sometimes you are thinking that no wonder their mission failed and did this really happen, since the movie says it is based on a true story. I think this movie is directed mostly to an American audience.

Guillermo del Toro has a reputation to produce very bizarre and disturbingly graphic movies. Pacific Rim is not an exception. The Kaijus and Jaegers are exceptionally well animated and for once the 3D is more of an improvement than a handicap. Unfortunately the plot has all the Hollywood must-be's. Some hidden agendas, love story and crazy scientist... And some kamikaze bravery to indulge Japanese viewers. If your date is not into Japanese stuff do not bother. A very nice movie anyhow.


This is a movie about a distant future, where aliens came. In the beginning of the movie many things were already explained, so I was wondering will it going be a boring movie. It wasn't. Guillermo del Toro didn't let an audience down this time either. I think this was a good movie. I could have never imagined that big robots and monsters who fight each others would make an interesting movie. I'm happy I was wrong. The movie had exceptionally well made 3D effects and I'm glad to see a 3D movie that doesn't have constant blurring of the fast movements. Big robots and monsters looked good in 3D, so they actually used 3D for make a better visual movie, not just movie in 3D. Actrors were ok also.


Posted by Ruthless critics at 21:47 No comments:

It seems that Japan is the new black in the Hollywood. The Hunger Games rips off Battle Royale, Skyfall rips off the Japanese ghost towns, Pasific Rim is a copy of mecha anime and The Wolverine just steals the look and feel of Japan. I have never seen anything so mediocre than this movie. Movie was nice but a day later I can not tell any highlights. I just have this "Did I actually see a movie ?"  feeling.  A totally flavorless  movie. Go and see it if you must.

This movie is a sequel for the X-Men Origins: Wolverine. I'm glad that there weren't much references for the Origins movie, since I didn't remember much what happened there. In this movie Wolverine goes to Japan. In my opinion the movie was quite good interpretation of comics where Wolverine went to Japan, but the story was altered for the movie and maybe it affected for my judgement. Somehow I was expecting more from director James Mangold, since he has directed some very good movies before. But I still think that this movie was better than X-Men Origins: Wolverine. 3D could have been better (I was hoping less blurring movements), otherwise special effects were ok. Hugh Jackman was excellent Wolverine again, Tao Okamoto as Mariko and other leading female actresses were great also. It was really nice to see that they were good actresses also, not just pretty faces.


Posted by Ruthless critics at 23:47 No comments:

And a once more Johnny Depp (as Tonto) gets his kicks with a messy head robe. I was mildly positively surprised about this movie. I feared that it would be like in certain pirate movies where in some point it feels that the dangling in the ropes is the main thing or in adventures of certain archeology teacher where jumping in between moving cars rises to spotlight in certain sections. But there was something similar though... A very entertaining movie never the less. Armie Hammer is an excellent choice for the Lone Ranger role. Just as much an American Golden Boy than one can possibly be. The visual effects were nice in general but some corners were cut.... The humor in the movie did not sink into me as well as in general audience. Many of the jokes were kind of obvious or just plainly lame. A good date movie. Will not rise any strong feelings moral vise.


This was a funny western movie. Somehow I remember that I have heard from Lone Ranger and Tonto when I was a child, but I can't recall was it a comic, a book or tv series. There was quite much action in the movie. Jokes were quite funny and I was happy that they had updated them for modern times. A masked gunfighter was probably really cool about eighty years ago, but today you will need also something more and I was glad that the writers of the film had realized that. The movie was better than I expected and I have to say that I was positively surprised. The leading actors were great and visual effects were good. It was also great to see a 2D movie for a change, because I hate a blurring of fast movements in 3D movies.

Posted by Ruthless critics at 12:44 No comments:

When I go to see a Star Trek movie I would like to see epic space fights, exotic new races (Klingon's at least) and hear some double minded comments from captain Kirk. What I do not want to see is a copy of the Moonraker. I wasn't overly surprised though. The plot was what I feared based on the trailers I saw. Apart of the evident lack of proper space fights the movie was really nice. Especially the visual effects were extremely good. Plot was ok but as I said I expected something else. An acceptable date movie. Even a total Star Trek n00b can appreciate the visual effects of this movie.

This is a next Star Trek movie in a new timeline. The movie begins about from the situation were the previous one was left. The beginning of the movie was very good and hooked the watcher. In my opinion the setting for the plot the were very interesting and movie dealt with the issues quite satisfyingly. Well, there were some holes in the plot if you think too carefully, but during the movie I didn't pay much attention to these. I think three main actors were exceptionally good. Visual effect were pretentious and nice to watch. If you liked  the the previous Star Trek movie you will probably like this one too.

Posted by Ruthless critics at 16:31 No comments:

Some other good WWW pages. 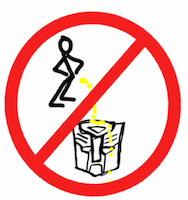 You can help us to remain independent by making Bitcoin donations to us.

If you want to suggest a movie to be reviewed please send us email:
ruthlessmoviecritics@gmail.com

New here? A small introduction to our blog can be found from here.

Probable reviews in the near future can be found here.

A comparison with IMDB can be found here.